You are here: Home1 / Blog2 / Bad Leadership: What Small Businesses Can Learn from Microsoft

Microsoft’s CEO Steve Ballmer seems to be taking the spot of Steve Jobs for bad leadership, but without all the charm and genius-like persona of Steve J. While it’s always easy to take pot shots at the biggies with billions, how are the leadership mistakes of Ballmer relevant to entrepreneurs and small biz leaders?

Vanity Fair has an article in its August issue that tells the story of how Microsoft “since 2000 . . . has fallen flat in every area it entered: e-books, music, search, social networking, etc.” Both Forbes and The Atlantic Wire have run articles on the bureaucracy that is stifling the creativity of the people who work there.

According to a summary available online, the article finds a devastatingly destructive bad leadership technique at the heart of Microsoft’s problems.

. . . a management system known as “stack ranking”—a program that forces every unit to declare a certain percentage of employees as top performers, good performers, average, and poor—effectively crippled Microsoft’s ability to innovate. “Every current and former Microsoft employee I interviewed—every one—cited stack ranking as the most destructive process inside of Microsoft, something that drove out untold numbers of employees,” Eichenwald writes. “If you were on a team of 10 people, you walked in the first day knowing that, no matter how good everyone was, 2 people were going to get a great review, 7 were going to get mediocre reviews, and 1 was going to get a terrible review,” says a former software developer. “It leads to employees focusing on competing with each other rather than competing with other companies.”

In other words, employees working in this environment become more concerned with impressing bosses than creating things. Is Ballmer’s bad leadership a result of too much success, too big a company? What should small businesses learn from this?

I think small biz has an advantage on innovation but the bigger biz has the advantage with the money. MS is a fast follower – they have the ability to quickly replicate what they see and then the dollars to take it to market. That has hardly meant absolute success in all things though.

It’s the sign of good leadership to evaluate those and determine if course correction is needed.

It’s too easy to take potshots at big companies.  My “angle,” if you will, is to take what works (or look at what doesn’t) at the big companies and apply (as appropriate) to small companies.

In this case, I think few small companies would be implementing such a detailed review and ranking process BUT, they do struggle with evaluating performance. This is where we can take a look at what works and what doesn’t and provide some thoughtful assistance.

I don’t know any of my small business clients who aren’t challenged by performance evaluations. In most cases, they benefit from an outside observer and business consultant who can help determine what works best for their company. Measurements are important, but one system doesn’t fit all.

If you want some advice about this, give me a call. And if you’ve got an opinion about Microsoft’s performance, please leave a comment. 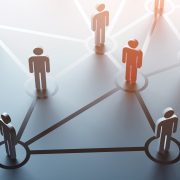 Bad Leadership and the Baboon in the Corner Office

3 Ways to Connect to Your Customers’ Buying Journey

Smart Companies Are Starting to Get Social
Scroll to top